At least the English public are spared this sort of suffering... 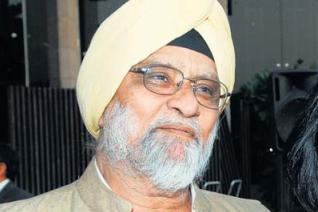 The county championship is not the only domestic competition under close scrutiny. In India there has been heart-searching over the future of the inter-state Ranji Trophy, with Bishen Bedi leading the worried critics while the national team were suffering a Test series whitewash in Australia.

Bedi's comments that the best talent in India was not coming through to compete for places with the old guard rang true. He was quoted in The Hindu newspaper after Rajasthan retained the Ranji final in a dreary draw at Chennai, where their monumental 621 guaranteed victory on first innings over Tamil Nadu.

The problem with this five-dayer was the snail-pace scoring. In 2011 the super-star version of Rajasthan took the IPL with Shane Warne in charge and their 'other' cricketers won the Ranji, and keeping the Ranji this year was an admirable achievement. Yet the moribund run-rate in the competition overall suggested that the competition could not be grooming batsmen or bowlers for Test cricket.

The final crept along at 2.65 runs per over for 2½  days on the slow Chepauk pitch. Opener Vineet Saxena, aged 31, finished with 257 in 665 deliveries, incredibly managing only 87 runs through the second day. One of the umpires was the former Yorkshire seam-bowler Peter Hartley, who must have been depressed at what he saw -- if he could stay awake.

Bedi, without begrudging the winners' effort, felt that Rajasthan, as national champions, did not really have one player worthy of a place in the Indian team. It was hardly the fault of the players that placid, low-bouncing pitches were breeding "batting monsters". Bedi said in The Hindu: "Occupation of the crease is not the requirement of modern cricket. It is actually an anachronism. A team bats for 245 overs and wins the final on first innings lead. Are we not an entertainment industry?"

These pitches, harking back to post-War featherbeds, were hurting standards, and Bedi added: "Taking five wickets is no less important than scoring a century. Give the bowlers respect and priority and identify your best players as those who perform in difficult conditions. If you don't value your bowlers, I can see a future where batsmen would face robots as bowlers. Who would want to bowl when the pitches are prepared with batsmen's interests only?"

The rate of scoring in the LV County Championship is usually quite brisk over four days, around the 3.50 per over mark. Questions are being asked whether the competition prepares players for Test cricket, but pitches usually offer a proper balance between bat and ball. Pitches tend to be the key for all standards, including club cricket, which can be stunted by low, slow strips or unnerved by 'minefields'.

But back to India. The season there was summed up by The Hindu as "a feast for batsmen who plundered runs on placid tracks". Saxena batted for just over 15 hours for his 257 at Chennai this month, third in the all-time list of crease occupation.

The longest innings on record occurred in India in November 1999 when Rajeev Nayyar batted for almost three days while amassing 271 for Himachal Pradesh in first innings against Jammu & Kashmir at Chamba, his birthplace. The run-rate was appallingly slow, and it is hardly surprising that Nayyar never played for India in a 20-year career. A colleague Nishal Gaur scored 69 off 227 balls in the same match.

The 16 hours plus that Hanif Mohammad spent at the crease was wholly different as he was battling, successfully, to save a Test match for Pakistan against the West Indies in Barbados. The longest English innings was the 13 hours 17 minutes taken by Len Hutton to make 364 for England against Australia on an Oval featherbed in 1938.